Last week, The Swoosh revealed their first official look and first release date for the highly anticipated Nike LeBron 20 in a Mint “Time Machine” colorway. As September 29 approaches, previously seen offerings are now surfacing in confirmed images such as the flipped LeBron X “Championship” aesthetic used for the “Bred” LeBron 20 seen below.

From the Nike Sphere collar of the Air Zoom generation to the return of Dunkman logos for the first time since the LeBron 16, the physical construction of the silhouettes is not the only plan the brand has to solidify the timeless nature of the models, paying homage to the 10 year anniversary of his first NBA championship with the Miami Heat in his last set.

As the first of The King’s signature styles to debut in a low cut, the style comes with tech amenities like the upper’s jet black dimensional knit mesh and color-matched Air Zoom unit to the forefoot covered with engraved South Beach palm fronds. . A light gray accent strip lines the upper separating the shiny tongue and two-tone dotted laces while a secondary air unit is tucked into the heel continuing the midnight aesthetic. Delivering the synonymous “Bred” hue, the tonal spectrum focuses on the heel as a titular Team Red emanates from the tread, padded tongue and trim of the rubber-finished silver and gold double-stacked Swooshes respectively. and sewn trim.

With the NBA set to return next month, expect a release date for the pair to be announced in the coming weeks. In the meantime, for a closer look at the LeBron 20 “Bred”, enjoy the official images below. 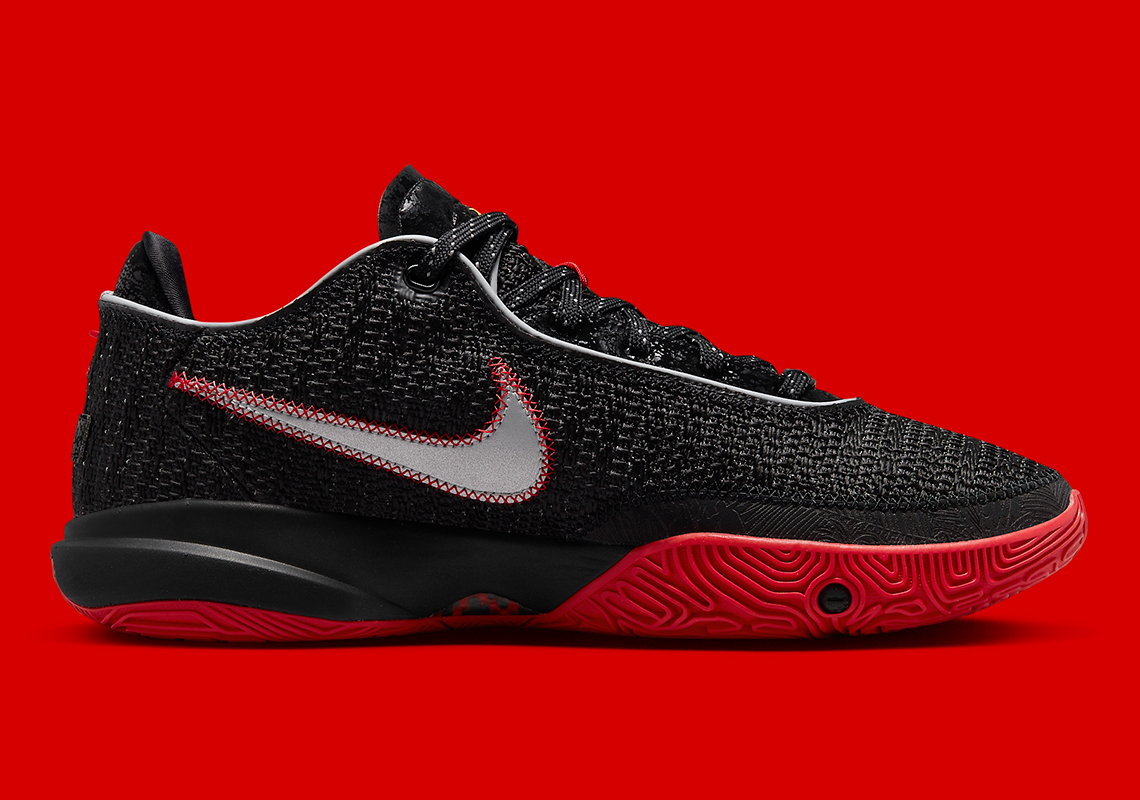 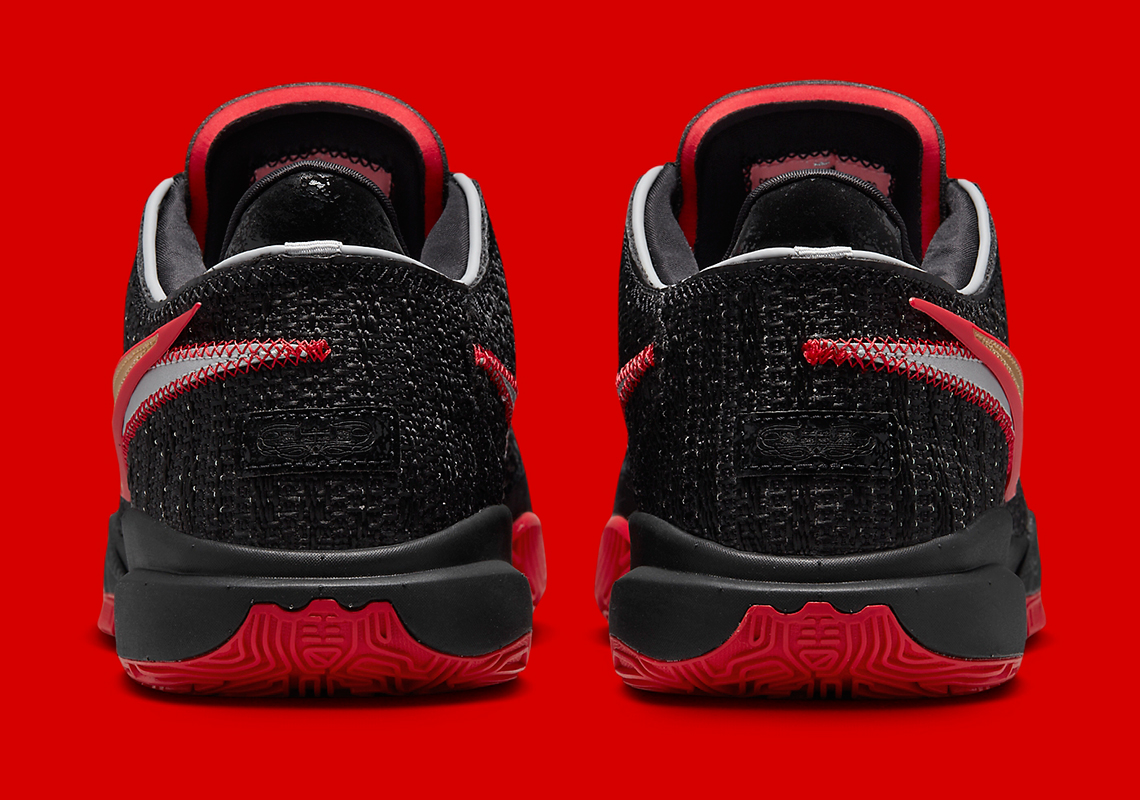 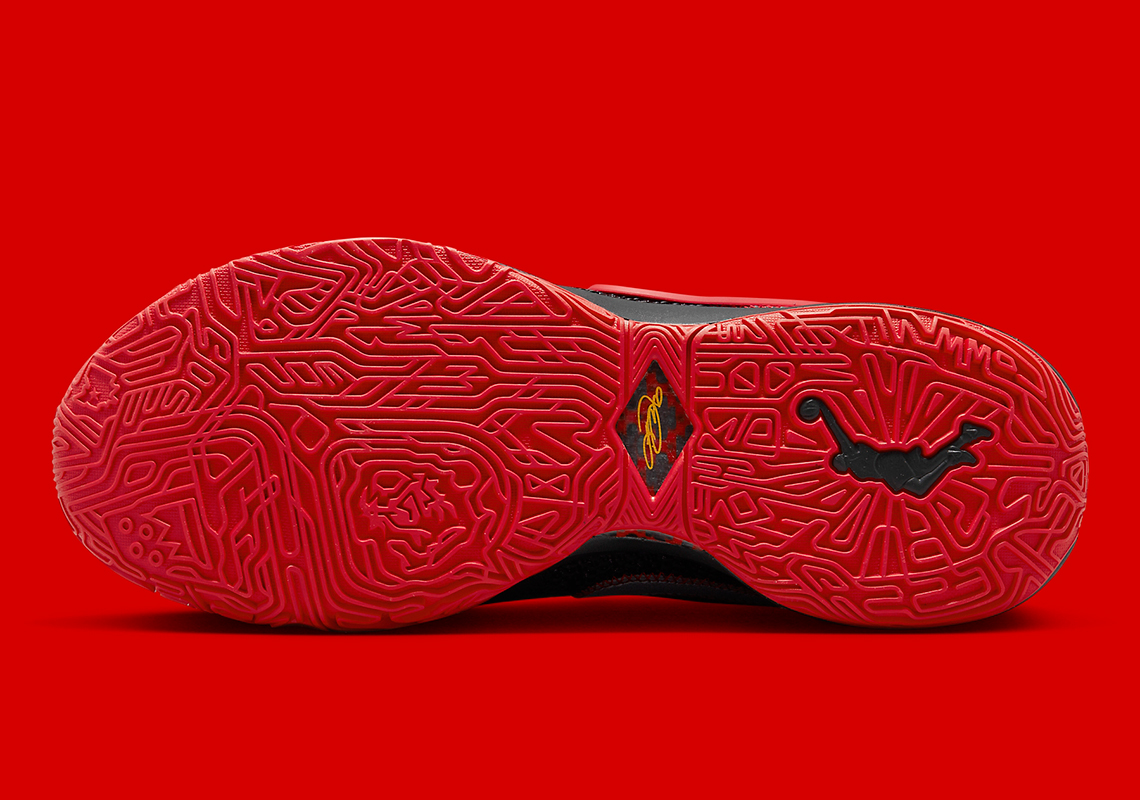 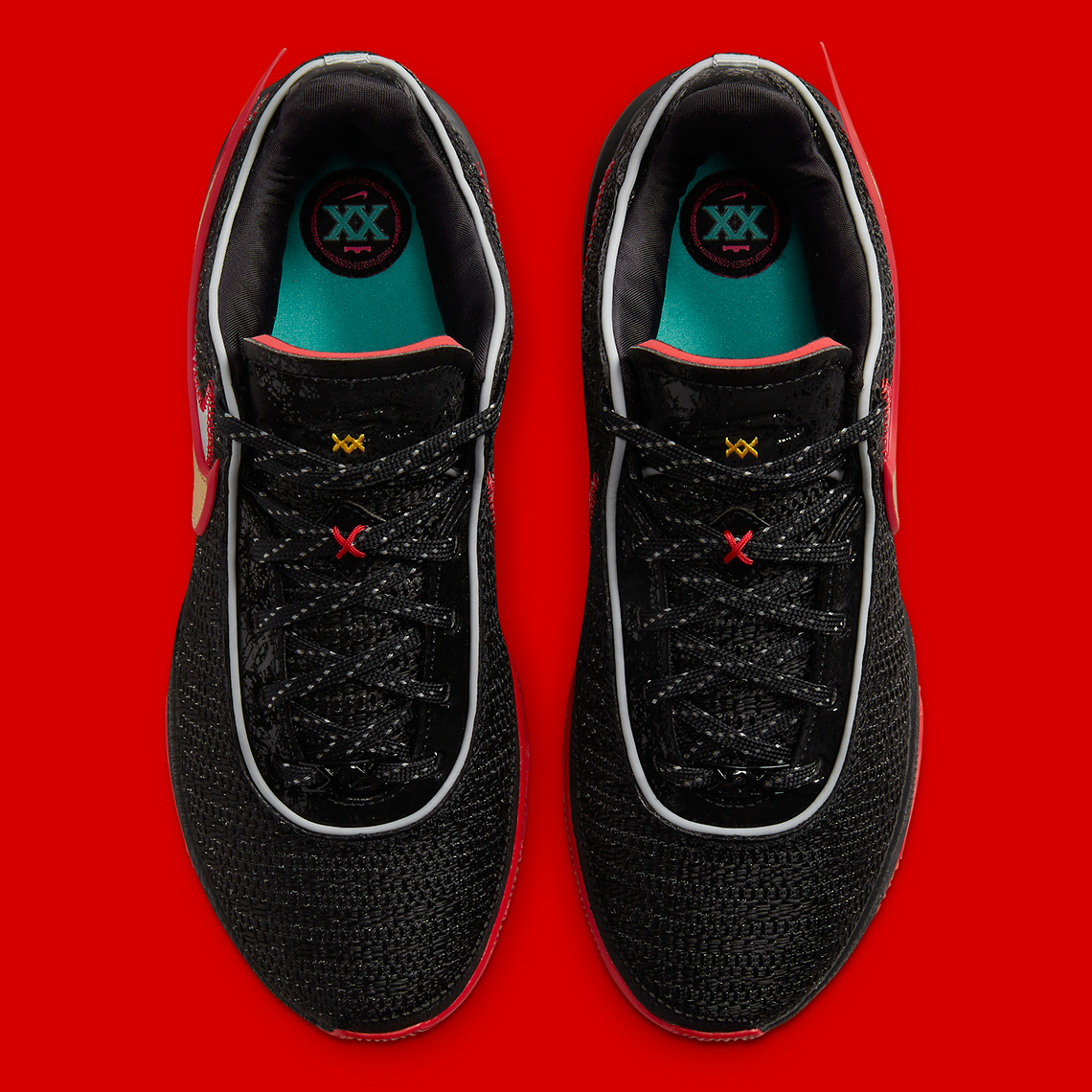 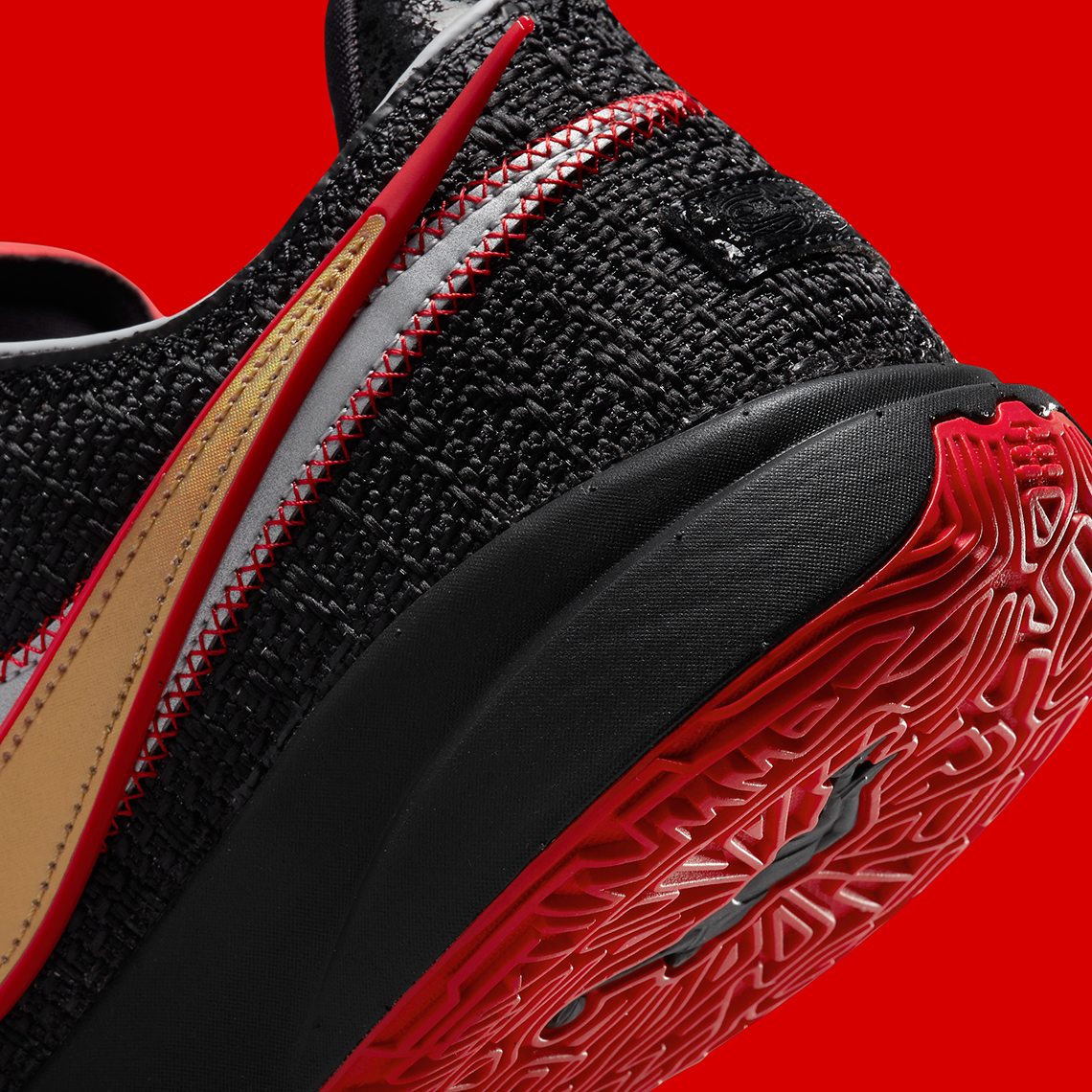 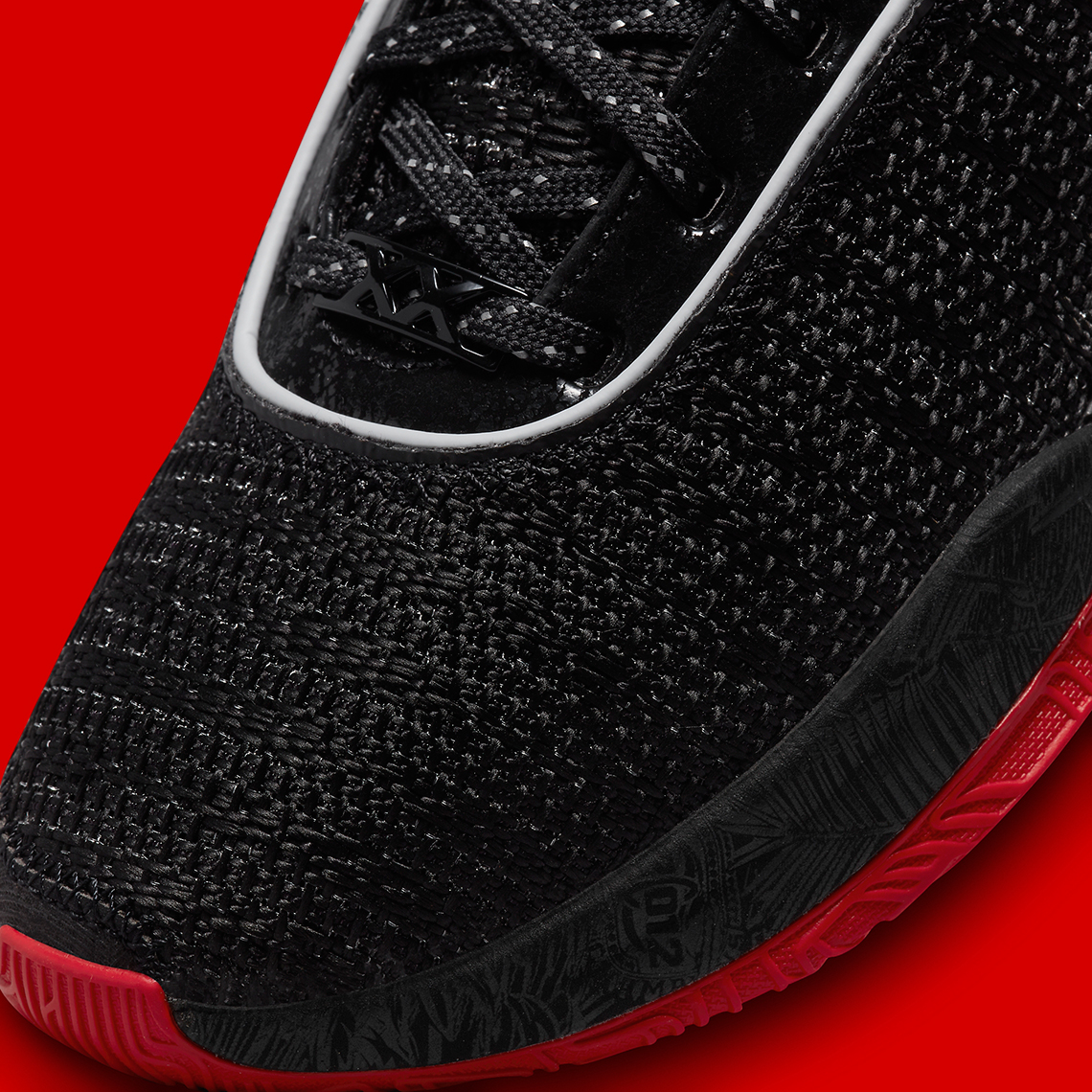